Kevin, who will be providing technical assistance to the county’s 15 boroughs and the City of Coatesville, has firsthand knowledge of what it’s like to live in urban settings. He grew up in Columbus, Ohio and lived in downtown West Chester for some time when he first started his career as a community planner with the county’s Planning Commission 18 years ago. He currently resides in Media, a borough in neighboring Delaware County.

“I understand and live in the context of the environment I’m helping plan for,” Kevin said.

Kevin said he became interested in this career after talking to his brother’s friend, who was in school for planning at Ohio State.

“Our discussion at a random gathering piqued my interest in planning,” Kevin said. “I have always been interested in cities and how they function. I have some background in construction and have done work with nonprofits such as Habitat for Humanity, so planning seemed like an avenue that brought together several of my interests.” 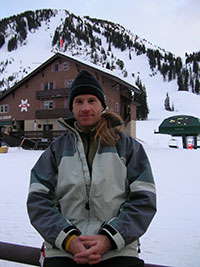 After Kevin earned his master’s degree, he began to look for jobs in this region since some of his friends lived here. He was pleased when he landed a job with the county’s Planning Commission.

For the majority of his tenure here, Kevin was a community planner. In that role, he did significant work with boroughs throughout the years. He especially enjoyed working on the current Kennett Square Comprehensive Plan and the Central Chester County Bicycle and Pedestrian Circulation Plan.

Kevin also has been involved with different versions of the long-range policy plan for the county. The original, award-winning plan, Landscapes, was finished when Kevin started working at the Planning Commission but he assisted with municipal consistency reviews and design guides. He worked on Landscapes2, the current comprehensive plan, and has contributed to the development of next plan, Landscapes3.

“This series has worked really well,” said Kevin. “It’s well accepted, and the communities are appreciative of the general direction.”

In his new role, Kevin is responsible for assisting the county’s 15 boroughs and the City of Coatesville with planning activities.

“Aside from undertaking or monitoring larger projects (plans and ordinances) through the Vision Partnership Program, a key aspect of the position is providing non-contractual technical assistance,” Kevin said. “Technical assistance can take the form of advising urban centers on specific planning activities, reviewing land developments, connecting them with grant opportunities, or providing direct assistance with minor ordinance amendments. Coordination and collaboration with the Chester County Department of Community Development regarding the Community Revitalization Program and urban centers forums is another key function of the urban planner position.”

Outside of work, Kevin’s hobbies include road biking and mountain biking at various places throughout Chester County. He also enjoys trains and he attributes that to the fact that one of his grandfathers worked for a railroad company. 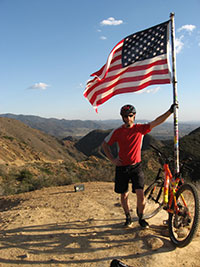 Kevin likes to travel to other cities, too. But even when he’s outside of Chester County, he never loses his professional planning roots. For instance, he often finds himself bothering traveling companions with observations of other cities’ design characteristics and planning issues.